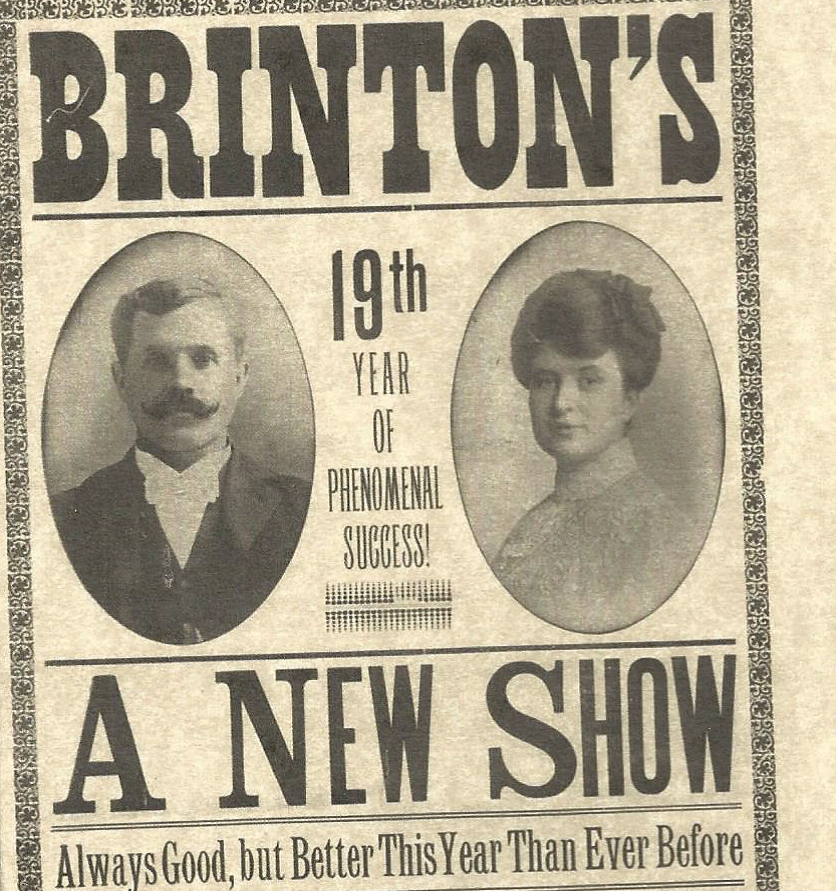 AINSWORTH, IA—The Brinton Film Festival, Iowa’s longest-running film festival, will be held at the Ainsworth Opera House July 30 and 31. Historian Michael Zahs will be showing Brinton films and magic lantern slides. “I think this festival may be the only festival in the country that shows only pre-1908 films,” he said.

The Brinton Collection contains films, slides, projectors, papers, and other documents from the life and career of William Franklin Brinton of Washington, IA. Brinton was an itinerant showman, travelling from Texas to Minnesota to project slides, film, and stage other entertainments during the years 1895-1908 and managed the Graham Opera House in Washington until close to his death in 1919. The Graham Opera House is still an active movie theater today and was declared the longest continually operating cinema in the world operating as the State Theater.

Brinton was an eccentric and energetic individual, and the collection not only preserves some of the earliest commercially available film, but it also contains material related to Brinton’s experimental interests, such as his passion for designing flying machines long before human flight became a reality.

Zahs said he recently found a double dissolving magic lantern. Brinton had such a magic lantern. He will display and explain the projector at the festival. He also plans to play recordings from the period.

Dairy Mart ice cream will be served beginning at 7 p.m. followed by the slides and films.