The City of Washington operates under a Mayor/ Council form of government.

Jaron Rosien was elected Mayor of Washington in November of 2017 was sworn in as Mayor January 1, 2018.  Jaron had previously served one term on the city council representing the Fourth Ward before deciding to run for mayor when Sandra Johnson chose not to run for re-election.   Jaron may be reached via email at [email protected]  He will meet with individuals by appointment.  Jaron may be reached at 319-653-6584.

Mayor Rosien represents the City of Washington on the County Emergency Management Board; County Communications Board; the E911 Board; and the SEMCO Landfill Board. 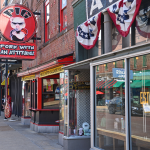 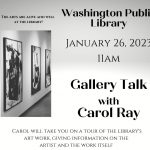 Washington Public Library
No event found!
City of Washington
Go to Top
Change Location
To find awesome listings near you!