An Evening of Improv-Washington’s Version of Saturday Night Live!

You are here:
Life & FamilyNews + Events 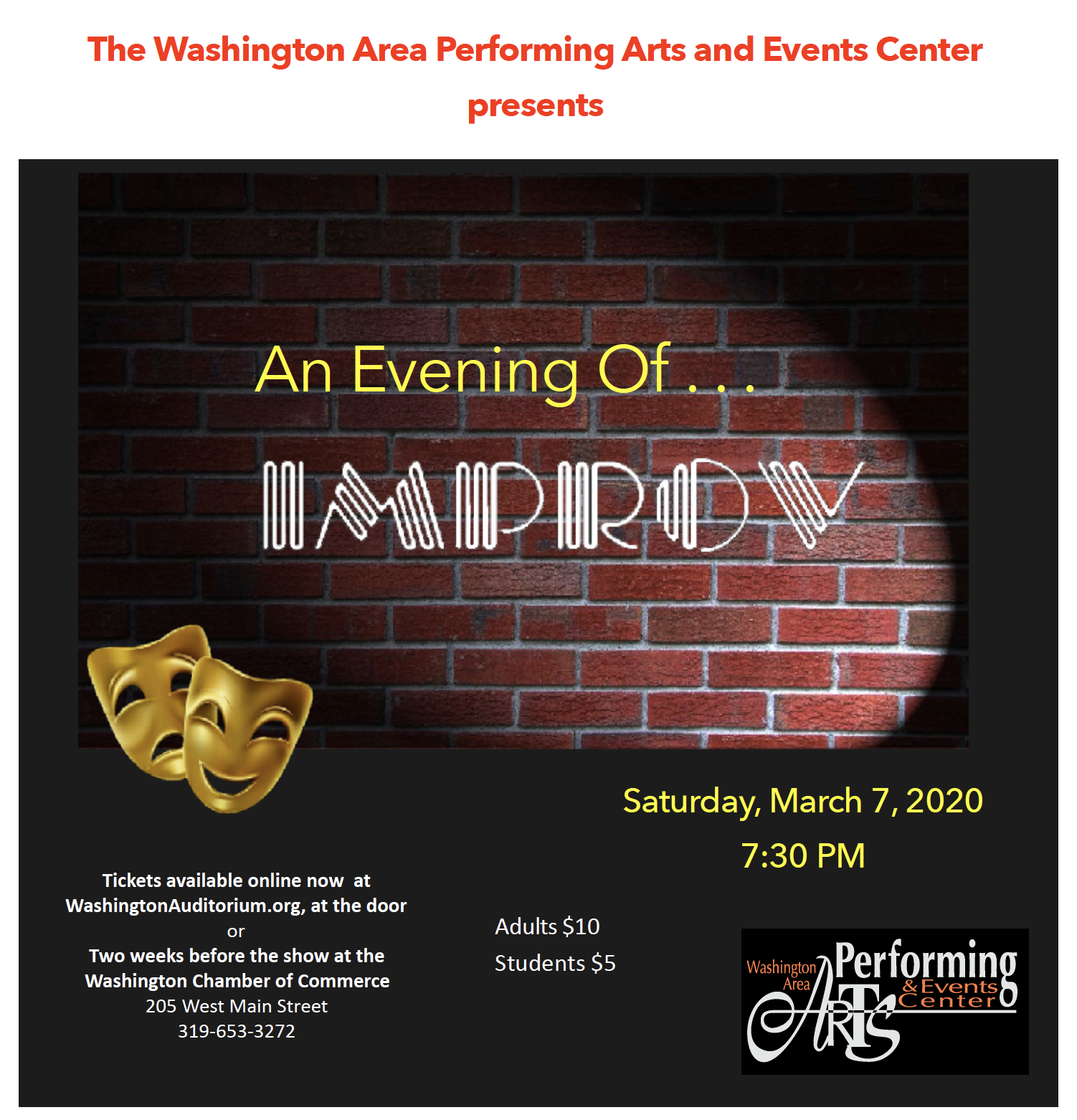 An Evening of Improv—Washington’s Version of Saturday Night Live!

Improvisational theater is alive and thriving in the Washington Area Performing Arts and Events Center. Students and adults alike will enjoy quick-witted comedy created moments before bursting to life on stage via seasoned comedic actors.

Don’t miss this opportunity to unwind, laugh and expand your creative genius!  Audience members will have an opportunity to set the stage by offering suggested story lines for the improvisational skits. This will be an evening of great comedy and improvisational theater at the Washington Area Performing Arts and Events Center!

General Admission Tickets are available now online at WashingtonAuditorium.org or two weeks before the show at the Washington Chamber of Commerce, 205 West Main Street, Washington, Iowa, 52353. Phone:  319-653-3272. Tickets will also be available at the door.