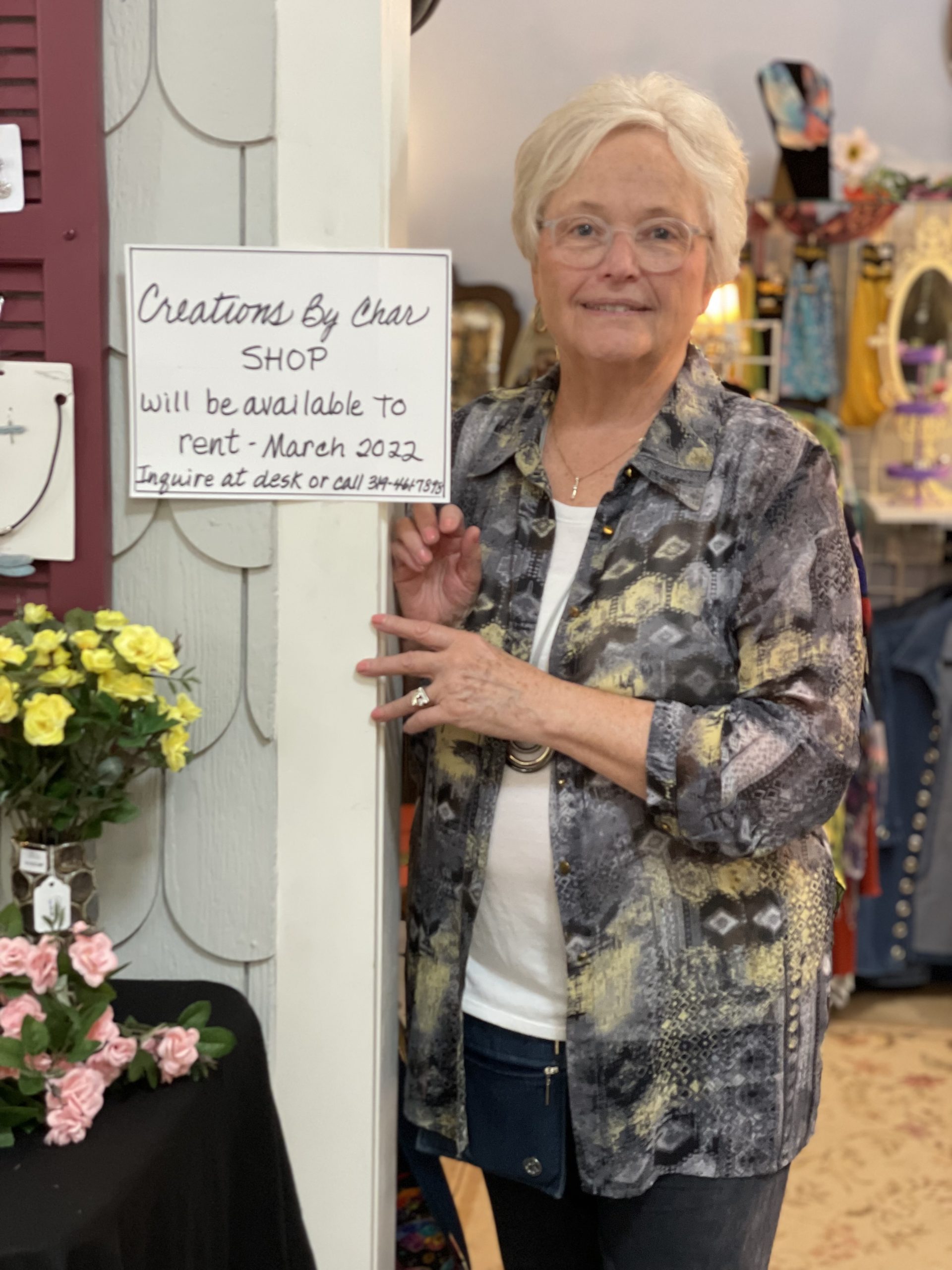 After spending a career teaching, crafting and running her own business, Char Andersen is ready to retire.

She began her career teaching junior high art for 20 years. She found that people started wanting to purchase some of the painted sweatshirts that were being produced in her classroom and that realization evolved into a crafting business which took her to craft fairs throughout the Midwest for 30 years.

Toward the end of her craft fair experiences, she opted to set up shop in the Village on the square in Washington in 2013. She started with a small space but since then has expanded her space and inventory to offer clothes, purses and jewelry.

The Village is a group of small shops that offers something for everyone including kids, WACO and Washington Demons sportswear, Kalona Chocolates, kitchenware, gifts and more to interest a wide range of shoppers.

Anderson’s business is profitable but she would like to retire and pass it along to someone else who shares her love for being an entrepreneur. She has set a target date of March, 2022 for retirement. The business has a very strong local and regional following. She said it’s an established part-time job and she would work with the new owner during the transition.