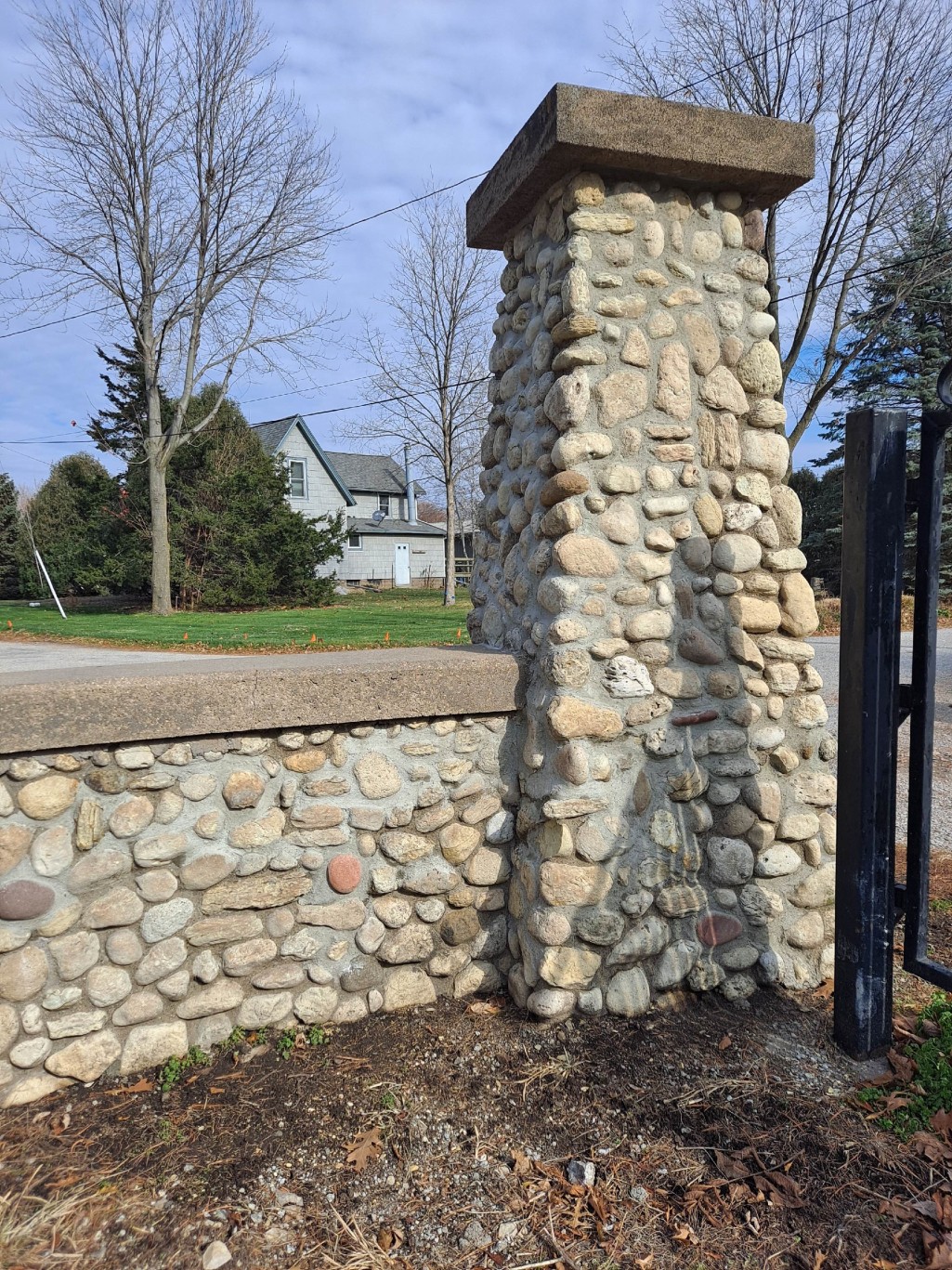 A project was recently completed on one of the City of Washington’s features that is listed on the National Register of Historic Places – the Woodlawn Cemetery Shelter and Gates. On December 5, 2022, the Washington Chamber of Commerce held a ribbon cutting in recognition of the restoration project being completed. Those in attendance included Chamber Ambassadors, current and former members of the Washington Historic Preservation Commission, Mayor Jaron Rosien, City Administrator Deanna McCusker, and Cemetery Sexton Nick Duvall.

Former Chair of the Historic Preservation Commission Mary Patterson shared that the feature had been placed on the National Register of Historic Places in 2016 and it is significant for being constructed in the Egyptian Revival Style (the gates in 1917 and the shelter in 1926). Patterson shared that “this rare structure serves as a testament to the history of Washington as well as larger national themes in funerary design. It tells the story of our nation’s interest in all things Egyptian after the discovery of Tutankhamun’s tomb, and locally, of residents Frank and Indiana Brinton who filmed some of the earliest footage of the Middle East and Egypt. Additionally, it is one of three known and standing Egyptian Revival structures in the state.

The shelter was constructed with local funds by the Washington Improvement League, founded in 1915 by some of Washington’s leading women.

The restoration project was done in part by a Resource Enhancement and Protection – Historical Resource Development Grant (REAP-HRDP) with the State Historical Society of Iowa. Matching funds were provided by the City of Washington. The grant was awarded in 2018 and work was completed in 2022. The project summary statement included: “Our goal is to be an example of proper preservation practices, and to showcase the important role that these structures play in our community.”

City Clerk Sally Hart says, “This project took many volunteers and staff people to coordinate, and I thank all of those who played a part in bringing this project to fruition.”

The Historic Preservation Commission is in discussions to continue restoration work and pursue additional educational programs. 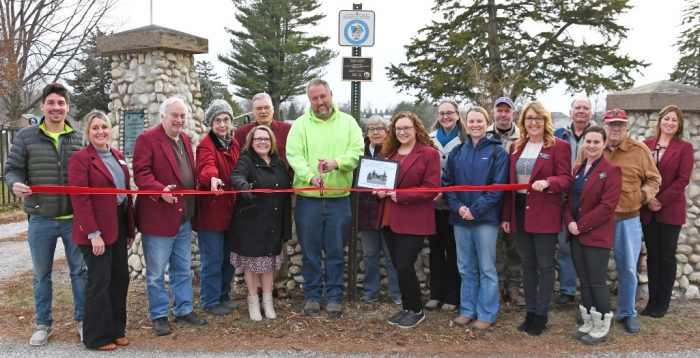 On December 5, 2022, the Washington Chamber of Commerce Chamber Ambassadors held a ribbon cutting in recognition of outstanding and invaluable service to our community for the completion of the Woodlawn Cemetery Gates and Shelter project with the City of Washington. 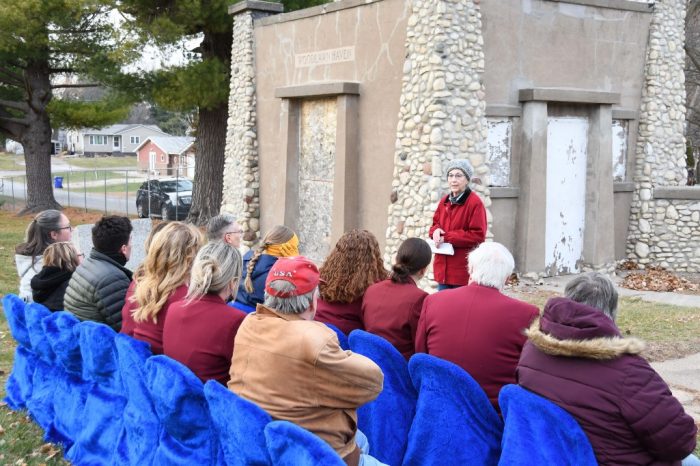 Former Chair of the Historic Preservation Commission Mary Patterson explains how this project came to be and the history of the structure. Photo by Lyle Moen.