Jaz It Up is Creative Outlet for Aimee Enfield 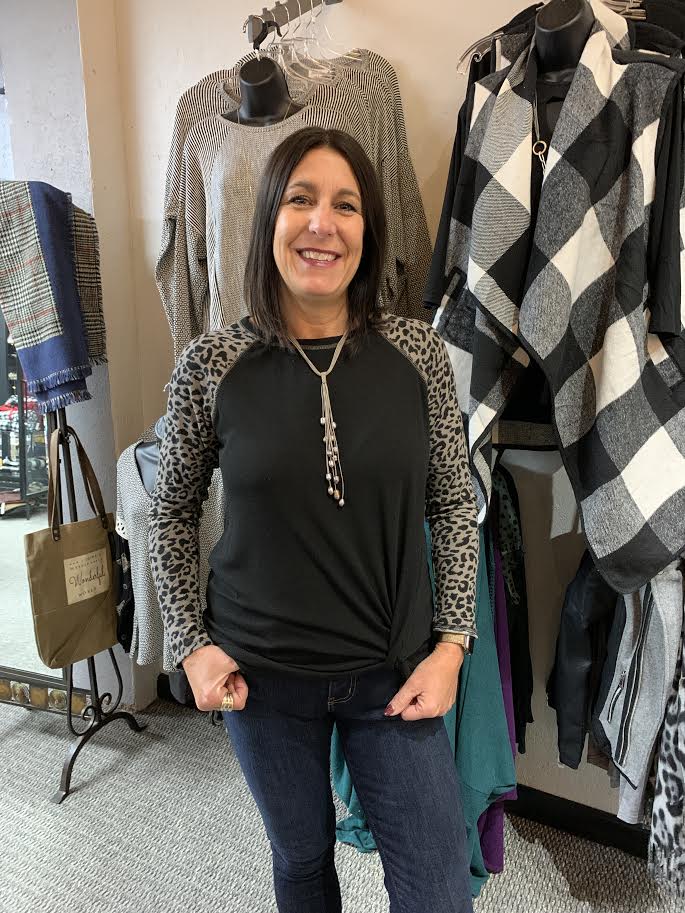 After working as a florist and in several other businesses, she became a stay at home mom and operated a business doing custom floral design. But she had always dreamed of owning her own store.  After her children were all in school her dream became a reality and Jaz It Up was opened in August of 2006 on Washington’s square.

Her store originally carried an array of decorative accessories, florals, jewelry and gifts. She added clothing to the unique offerings in 2014 and the store now has the latest trends in fashions.

Enfield cites creativity and customer service as the two biggest reasons for her store’s longevity and success. “We try very hard to listen to what our customers want,” she said. “We want to make sure they have a good shopping experience.”

Customers frequently compliment Enfield on her merchandising skills. She says those skills are related to her eye for decorating which she says is a gift from her mother. “The color palate for home decorating, which I once did, translates to arranging fashions in the store,” she said.

She is often asked if she would consider opening a similar men’s or children’s store but says her focus is strictly on Jaz It Up.  The favorite aspect of her business is hearing that one of her customers is satisfied.

And she hears that a lot.