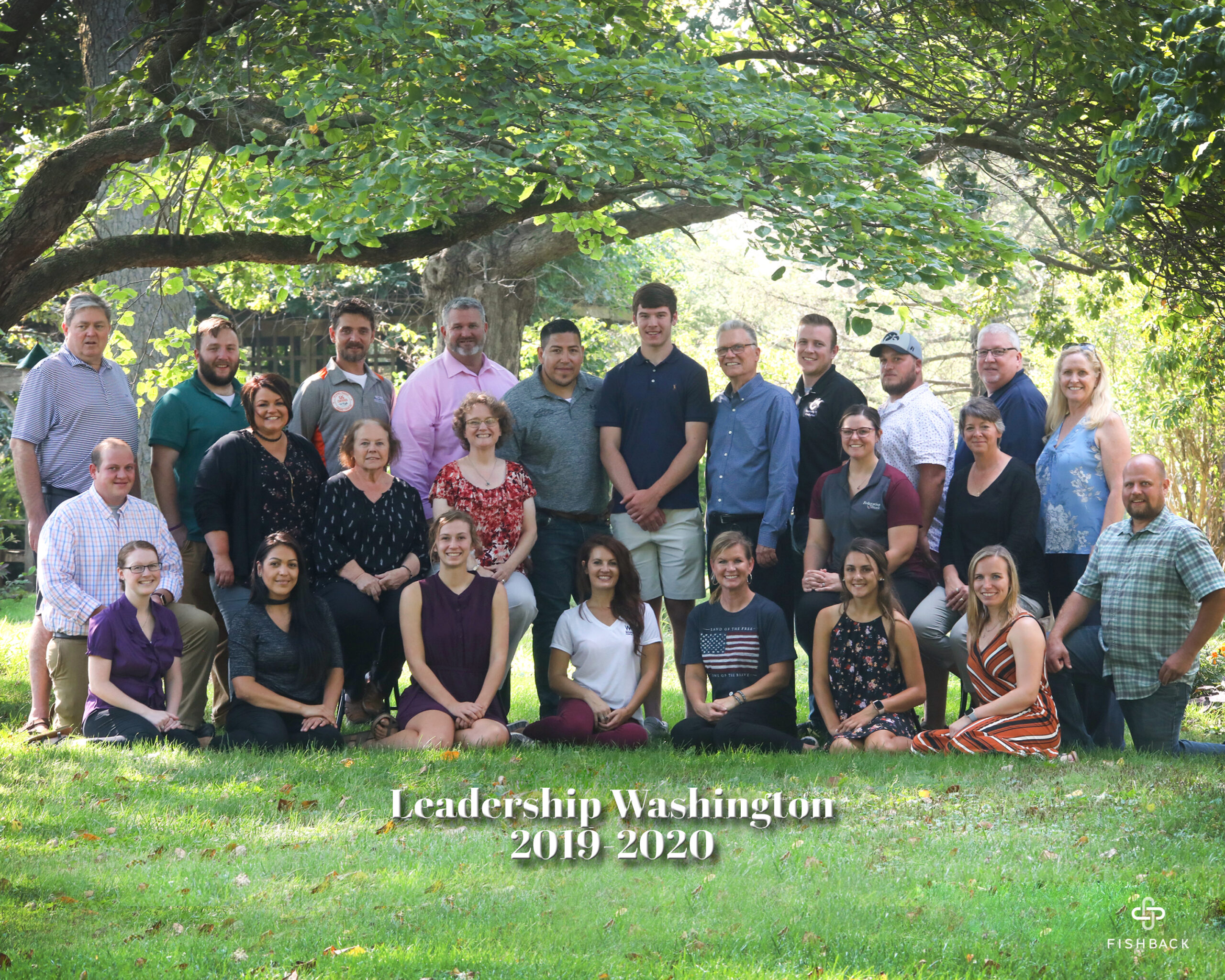 Members of the 2019 Leadership Washington Class learned about the city’s history as another year of the popular program kicked off Wednesday, September 11.

The day began at Hills Bank with the enrollees becoming acquainted with one another and with their leaders Jenny Morgan, Jaron Rosien and Elaine Moore, all graduates of the program. The first visit was to the F-Troop Museum where the class of 2019 saw the sights of old military memorabilia. This visit was especially meaningful as it was held on 9-11, the anniversary of the Twin Towers attack. Lonnie Milligan was the host of the tour.

After a short drive to the Elm Grove Cemetery, the class was led on a fascinating tour of grave markers by local historian Mike Zahs who pointed out the graves of historical figures from the community and explained the significance of various types of grave markers.

Following lunch, the group was treated to a behind-the-scenes tour of the State Theater, the world’s longest continuously operated movie theater. There they learned the history of the structure which was once an opera house. The class was even treated with fresh popcorn and taken backstage behind the giant movie screen and up to the digital projection booth to see the computerized operation that now projects the films that patrons see at the theater. Crystal Christener and Mike Zahs led the tour and answered the group’s questions.

The next stop of the day was the Conger House Museum which was once a farm house in the country before the village of Washington grew to its location 903 East Washington Street. It now serves as a museum displaying Washington memorabilia from a variety of areas including medical, military, kitchen, photography, home furnishings and more. The day ended at Sunset Park and the Alexander Young Cabin lovingly managed by the Daughters of the American Revolution.

Leadership Washington is a program offered by the Washington Chamber of Commerce. Contact the Chamber at 319-653-3272 for more information.