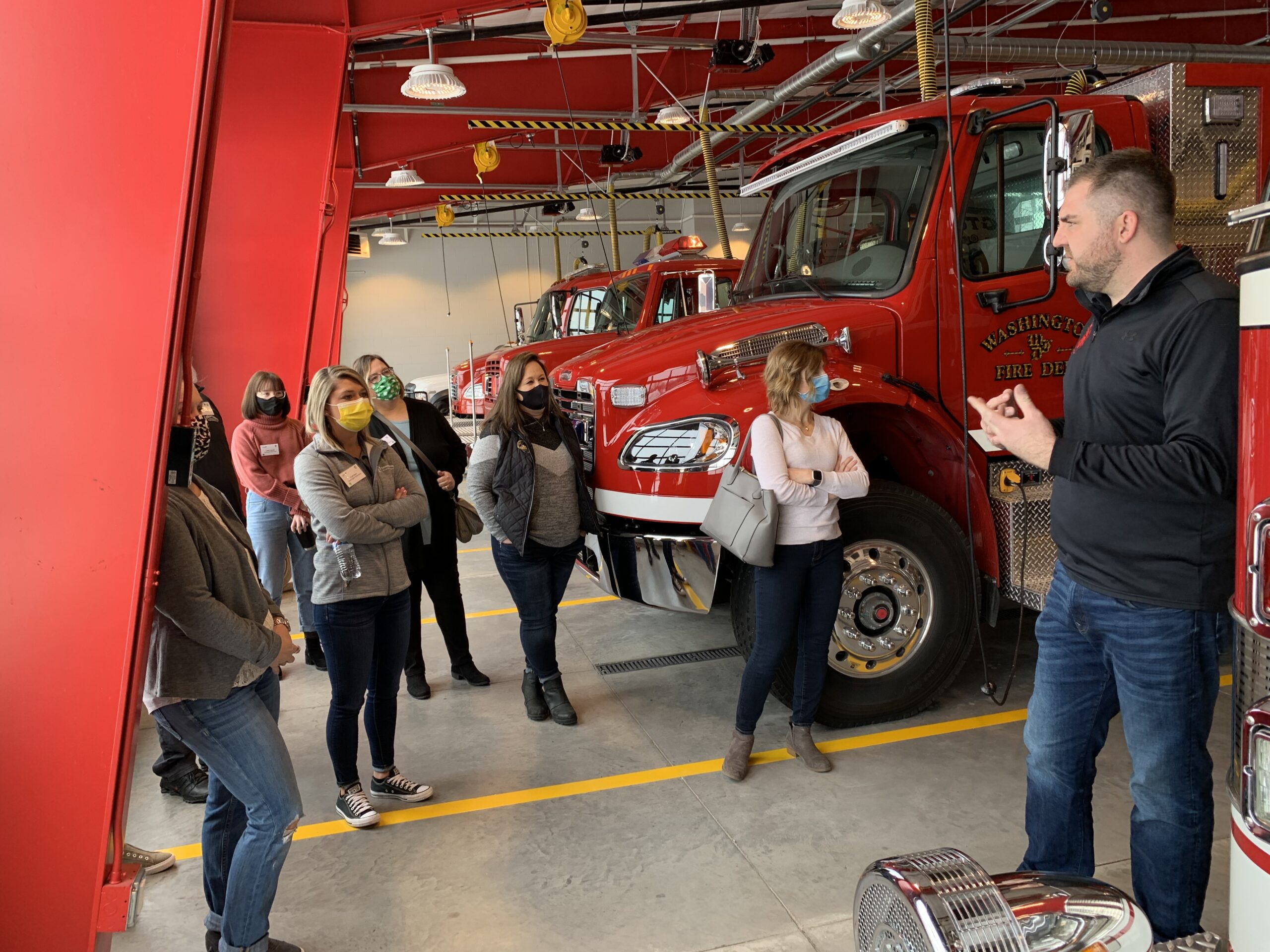 Mayor Jaron Rosien welcomed the group and explained the duties of the mayor. City  Administrator Brent Hinson also addressed the class as did Fire Chief Brendan DeLong and  Chief of Police Lester.

Tours of the police department, fire department and city hall followed and then it  was off to the new Emergency Operations Center for lunch. Sheriff Jared Schneider and  Chief Deputy Shawn Ellingson spoke to the group as did Sgt. Chad Ellis and Investigator Eric Weber. The class then toured the center and the jail and the K-9 unit before traveling to  the Washington County Ambulance Service where Service Director Jeremy Peck spoke and  conducted a tour of the facility. John Lynn and Mike McCandless spoke on the history of  the service.