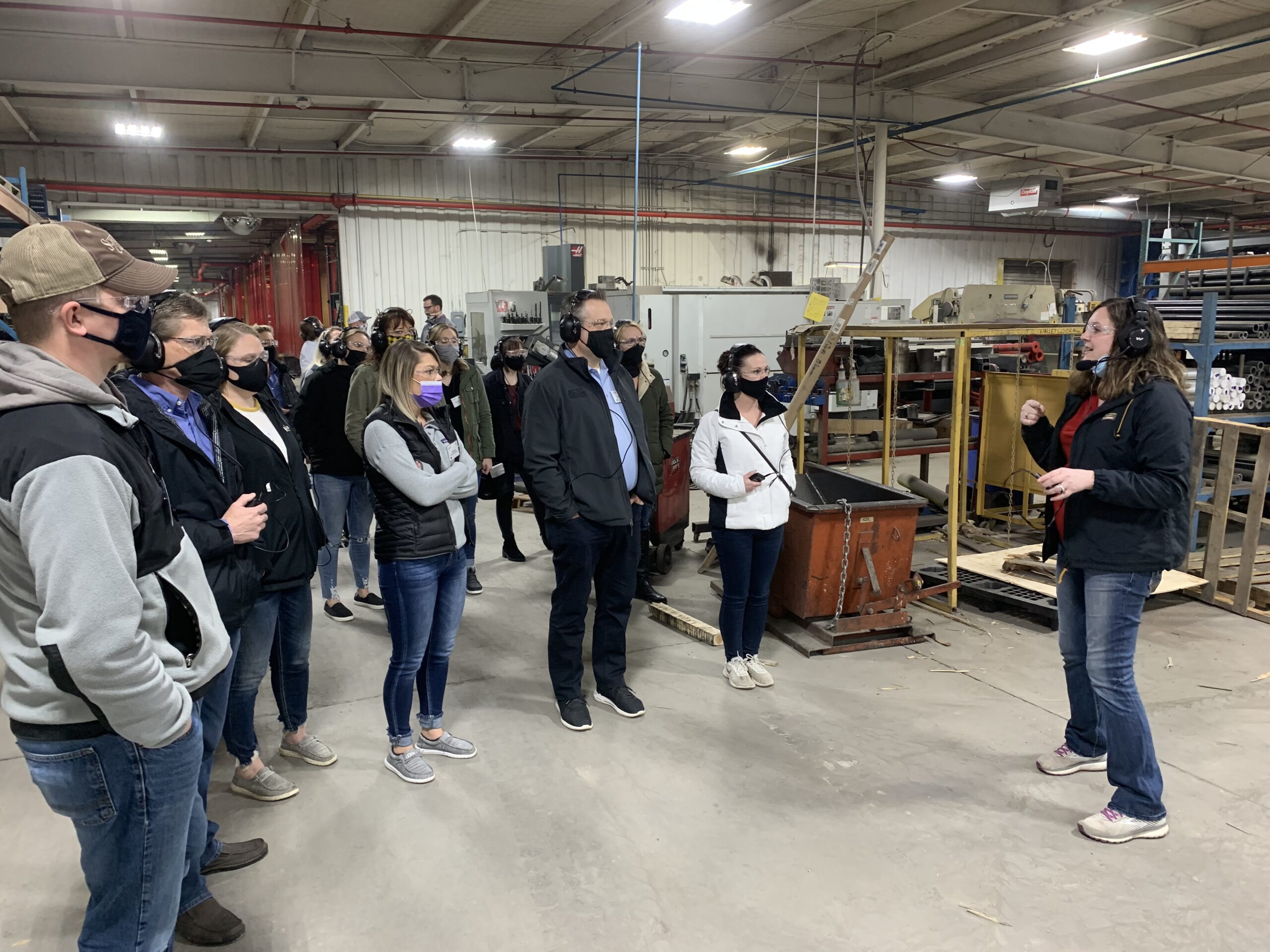 Leadership Washington started a month late due to Covid concerns and had to skip the month of December altogether but got back on track January 13 with a full day of presentations learning about several businesses and industries in Washington.

The day began at Beatty Peterseim Funeral Home where Meg Nagel and Mark Beatty conducted a tour of the facility. The class then traveled to Engineered Building Design to see how the company manufactures residential and commercial building components. Zach Shepard talked about the history of the company and then Larry Northway and Lino Villa showed the class each step in the manufacturing process. The firm, which prides itself for promoting from within, is growing and is currently looking for new workers to join its 85-member work force.

From there, the group traveled to Washington Lumber where Rob Redlinger explained the services of the business which include preparing building estimates, custom designing rooms or homes as well as offering a full-service retail store.

Next on the agenda was lunch at the Washington Library where the class heard from a panel of representatives from Washington service clubs to learn the role the clubs play in the community. The panel included Angela Langstraat representing the Noon Kiwanis, Paul Horak from the Rotary Club, Caleb Miller from Washington Area Youth Supporters and Tammy Valentine from Kiwanis AM’ers.

A tour of Bazooka Farmstar followed lunch. Amanda Russell gave an overview of the business, its past, present and projections for the future. Despite the pandemic, the firm continues to grow and will soon be building an addition to its present building with a completion target of sometime this year.

Next was a visit to Custom Impressions, a company that put logos on just about anything for just about anybody. Co-owner Marcus Felder talked about the business and its widespread market.