You are here:
Chamber of CommerceExercise/FitnessLife & FamilyNews + Events 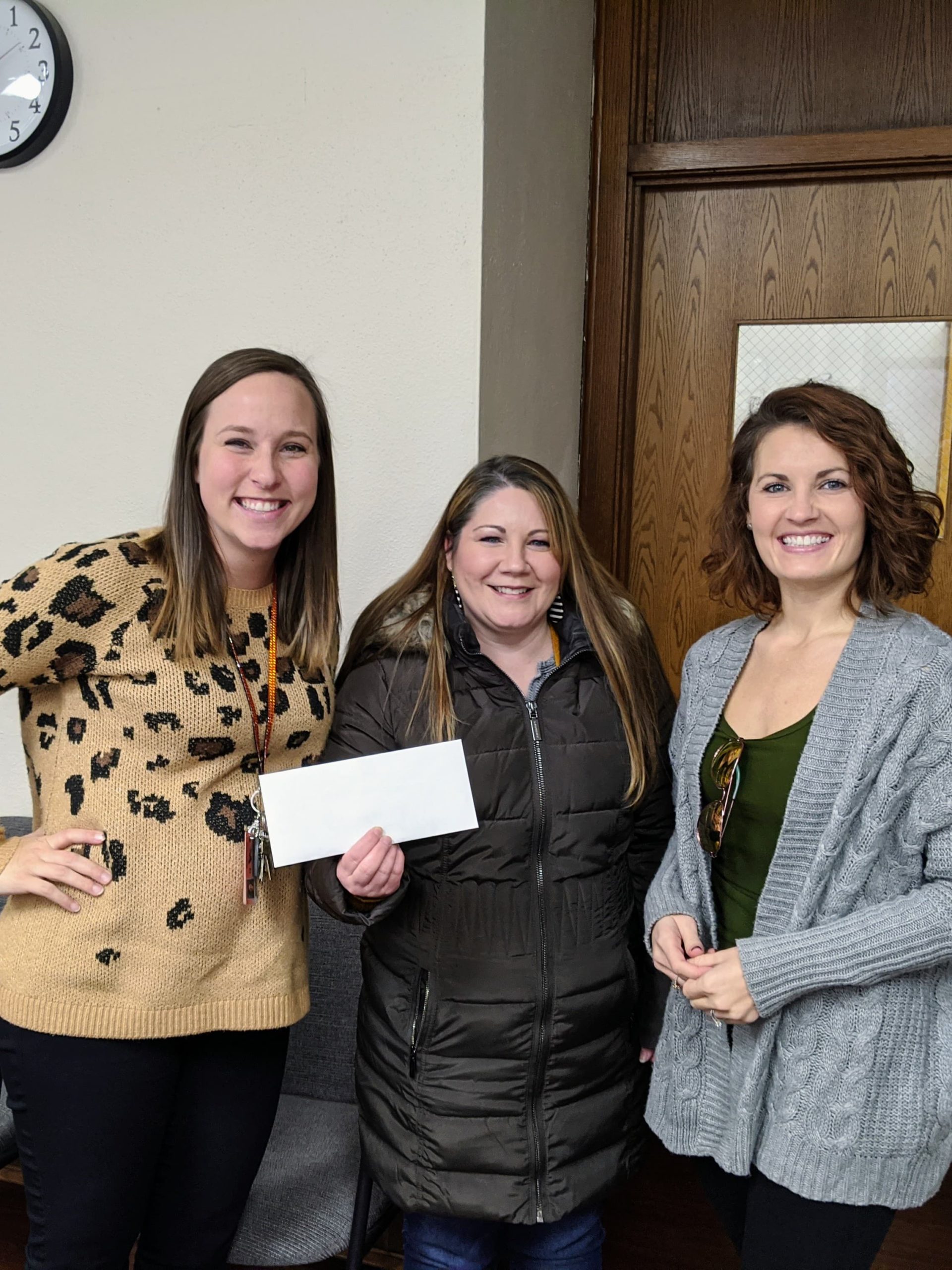 On November 13 the group began the day at St. James Elementary sharing an uplifting song and prayer session with students there. The next stop was Stewart Elementary where Mr. Miller spoke on the difference in education today. He showed a short video showing students participating in learning and other activities followed by a walk-through of the preschool and daycare facilities.

Next was a tour of Lincoln Elementary where Mrs. Steinhart passed out blue tickets to give to students showing positive behaviors. The students will then redeem the tickets for various types of activities and rewards.

The visit to the Washington Middle School included the Kindness Closet and Food Pantry. The group was so moved by the spirit of the Food Pantry that it decided to make a financial donation. At its December meeting, members contributed $270 to the Pantry.

The next stop was a complete tour of Washington High School including its notch auditorium, an overview of the sports programs, the green house where the ag program was growing poinsettias and a classroom stop to see education in progress.

The afternoon was spent at Kirkwood Regional Center with a presentation from a few of the alternate high school students followed by a tour of the facilities where a few class members tried out the virtual paint booth program.

The day ended at the Washington Public Library where Veto Thode shared some data regarding the school system. Library Director Bryna Walker demonstrated the multitude of resources available online at https://www.washington.lib.ia.us/. The final stop of the day was a tour of the library’s lower level which houses the Washington County Genealogy Society. Susan Clark talked about the extensive collection of genealogical materials including local family histories, cemetery records and other items of interest. Niclole Peterson and Delores Hansen were hostesses for the day.

On December 11, the class turned its attention to what the city has to offer in terms of health and recreation services. Dr. Megan Hangartner of Modern Eye Care kicked the day off with a presentation at the YMCA on the human eye. Then YMCA Executive Director Amy Schulte led the group on a tour of the new YMCA building which is scheduled to open in June.

Then it was back to downtown at the library and a session on hospice care led by Katrina Altenhofen, Executive Director of Hospice of Washington County followed by a hands-on experience preparing healthy snacks with Hy-Vee dietician Natalie Gent.

Ella Dalrymple led the group through a half hour of yoga exercises before Washington Parks and Recreation Director Nick Pacha reviewed the many parks and trails in the Washington system including the new Wellness Park being constructed near the new YMCA building.

Following a lunch served at Circa 59 at Halcyon House, Chris Marshall, Halcyon House Director, led the group on a tour of the facility after Tracy Laws explained how the Lending Hands Adult Day Care program works.

The next stop was the Washington County Hospital and Clinics (WCHC) where CEO Todd Patterson presented an overview of the facility and Marketing Director Amy Vetter led a tour.

Grace Mae then talked about the Advocacy Center at the WCHC and it was off to Jet Physical Therapy to wrap up the day learning about when and why people us physical therapy. Megan Hangartner and Kelly Grout were hostesses for the day.