You are here:
Chamber of CommerceLife & FamilyNews + Events 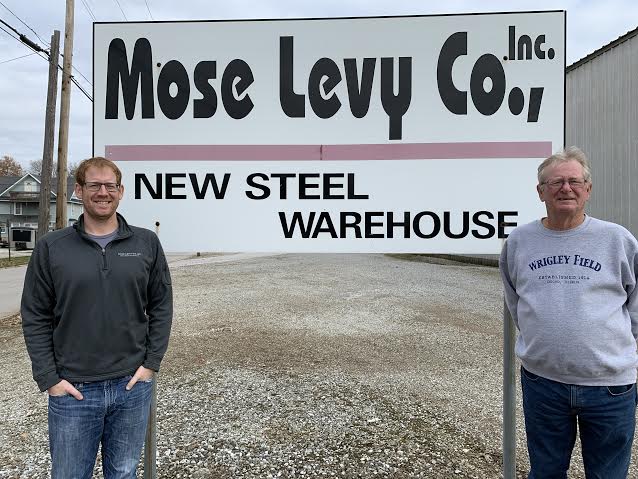 By now most Washingtonians have driven past the Mose Levy Co. building many times. But they may not know that it will soon undergo its fourth generation of Levy family leadership when current boss Mike Levy’s son Ryan takes over. And they probably don’t know that the business got started when Mike Levy’s grandfather Mose began collecting scrap and recycling materials in a pushcart in Kalona well before recycling was the thing to do. But this successful enterprise began from those humble beginnings.

Mose Levy’s pushcart operation was to supplement his income from a job at a glove factory. Eventually, he and his wife Lillie moved the business to Washington and established a scrap yard business. It has been at its present location at 421 N Iowa Avenue since 1940. When Mike Levy’s uncle Myron, who worked with his grandfather, unexpectedly passed away, his father Harry went to work in the family business. Mike got an early start in the business earning his first paycheck at age 14.

Harry Levy did not rely on the family business to support his family of six children, serving as Washington’s postmaster for 11 years. Most of the revenues from the company were reinvested into the firm during those years.

“I wish my Dad was still around to see Ryan taking over the business,” Mike Levy said. “He would be even happier than I am about this transition.”

Today, the company resells new steel to a wide variety of clients, mostly in southeast Iowa, who are not large enough to purchase steel directly from steel mills. It also sells aluminum, beams, rebar and other materials. The company has 45,000 square feet of warehouse space housing a wide variety of types of materials for its customers.