Washington Chamber Names Top Citizen and Business of the Year 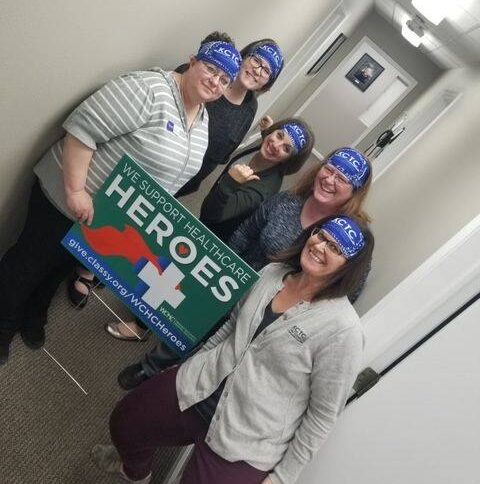 The Washington Chamber of Commerce named Illa Earnest Citizen of the Year at the  organization’s Annual Dinner held Monday, March 8. KCTC was named Business of the  Year and Paneless Window Cleaning won a special award as an Emerging Business of  the Year.

In her nomination of Earnest, City of Washington Finance Director Kelsey Brown said  “She has dedicated her life to this city in several different capacities, not only as City  Clerk but also volunteering on the Washington Betterment, Tourism and Historic  Preservation Committees. She enjoys attending all the “Alive after 5’s”, and loves  Farmers Markets. She is a true life long, proud resident of this community”. Earnest  served as Washington’s City Clerk for 36 years before retiring earlier this year.

The KCTC nomination noted that no advancement in modern history brings as much  opportunity and potential to a community than an advanced communications network.  Owned and operated by residents, all who use the network are members and are not  reliant upon faceless corporations for access to the increasingly important digital world.

The company provided free internet to school families during the pandemic. The families  did not need to be KCTC subscribers. They also provided a free speed increase to all  customers during the pandemic and at other times. KCTC provided meals and other  support to healthcare workers since they were the most obvious in need of support. The  company has at least one community event of its own each month and often participates  in several activities of non-profits or charity organizations.

Paneless Window Cleaning, LLC, owned by Jonathan Ward, was nominated for  providing many different giveaways to help give back to the community. The company  also worked with local schools to provide gift certificates for fundraisers. The company  was one of the small businesses which opened right before the pandemic and has had to  be creative in keeping its doors open. They have worked as a family to deliver baked  goods and have offered to clean the windows of downtown businesses at no cost.

Jonathan is always paying it forward by promoting local businesses on his social media  and shopping local. He’s also an avid volunteer at the Chamber, Fire Department church,  and other organizations.

This year’s event was held in several local restaurants rather than in one large venue due  to COVID restrictions. Participating restaurants included JP’s 207, Café Dodici,  Lebowski’s Rock n’ Bowl and Kalona Brewing Company. Guests could choose to attend  live at the restaurant of their choice, grab a meal from one of the restaurants and watch  the presentation online or buy their own dinner and be e-mailed a link to the presentation.

The banquet was presented by the Greater Washington Business Partnership which  includes the Chamber, the Washington Economic Development Group and Main Street  Washington. A pre-recorded program was shown at all venues to announce the winners  of each organization’s awards. Riverside Casino and Golf Resort and Washington County  Hospital and Clinics were presenting sponsors of the event.